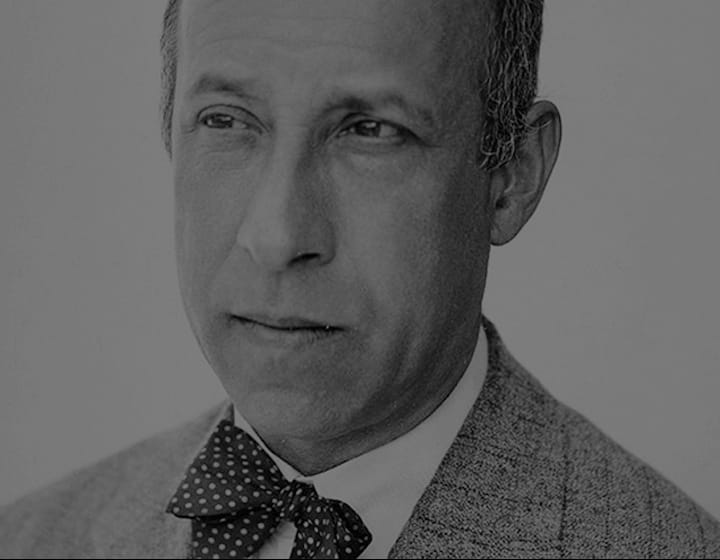 Josef Frank was an Austrian-born architect, artist, and designer who adopted Swedish citizenship in the latter half of his life. Together with Oskar Strand, he created the Vienna School of Architecture, and its concept of Modern houses, housing and interiors.

He became an early advocate for modernist principles alongside contemporaries such as Le Corbusier and Walter Gropius. By the beginning of the 1920s, however, he began to question modernism’s growing programmatic streak, arguing instead that pluralism, not uniformity, most characterized life in the machine age. In 1933, he fled the Nazi regime, relocating permanently to Sweden. There, Frank’s softened version of modern design found a warm reception.

For more than thirty years, Frank worked as chief designer for the Stockholm-based furnishings firm Svenskt Tenn. He was responsible for a wide variety of product designs, including furniture, lighting, wallpaper, and textiles, as well as pieces specially commissioned for private interiors all over the world. Throughout his long career, Frank continuously balanced the simplicity of modernist forms with the pleasures and comforts of fine materials and rich, decorative detail.