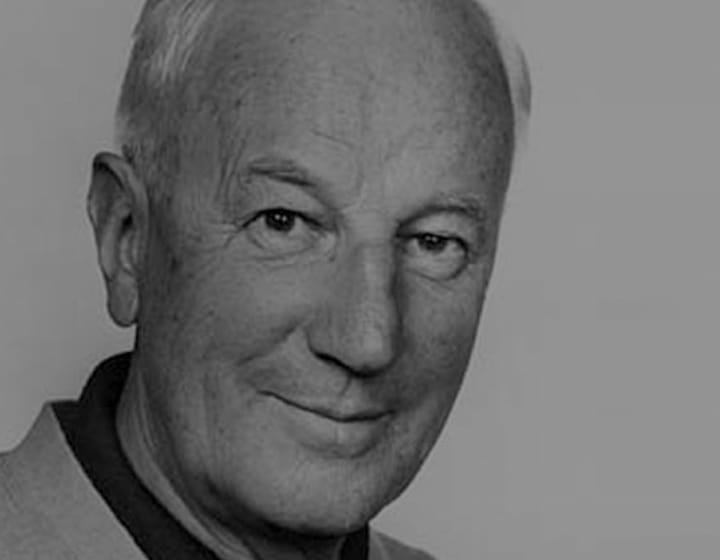 Bruno Mathsson is one of the most important Swedish architects and designers of the 20th Century, with ideas colored by functionalism/modernism, as well as old Swedish crafts tradition. He is world famous for his furniture design but also for his architectural projects. As a designer and architect he was self-taught, his learning came mainly from books and magazines, his inspiration from nature. Eventually he developed a special building technique for wooden chairs where the components were bent and glued under the action of hot water.

Bruno Mathsson developed modernism in furniture and architecture, addressing both general and specific problems. His ideas of the “ultimate seating” was the basic concept of his furniture design, reflected in sitting curves and table heights.  Mathsson’s ideal room has large glass surfaces, to make the surrounding landscape interact with the interiors. His slender, organic furniture shapes complete the expression. For Mathsson, the links between design and nature were self evident. Bruno Mathsson had his international breakthrough at the 1937 International Exposition in Paris. One of the first commissions came from MOMA, New York, which needed furniture for the public rooms in its new extension. In the 1930’s he designed some of his most attractive and collectable furniture such as the “Pernilla” chair and the “Maria” table. Most of his designs were named after women. In the 1960’s he created the famous “Superelips” table together with the artist and mathematician Piet Hein. This series was produced both by Swedish manufacturer Karl Mathsson, and in Denmark by Fritz Hansen. The most exclusive versions came with rosewood or teak tops.

He also designed houses in Sweden, Portugal and in the United States with frameworks of glass and steel.